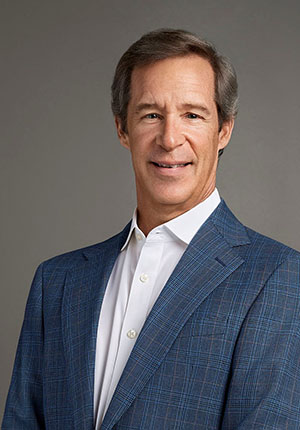 Mr. Woodward is a member of the Audit Committee and Compensation Committee. Mr. Woodward serves as a director for a number of private and public companies as well as charitable institutions. These include the P.A. Woodward Medical Foundation, Brentwood College and the Sea to Sky Gondola Corp. He serves as the current Chair for the Vancouver Coastal Health Authority, and the Chair of the Keg Royalty Trust.

Mr. Henry has served as a director and member of the audit committee of Village Farms since 2001. From 1981 to 2000, Mr. Henry was employed by Ocean Spray Cranberries, Inc. as their Senior Vice President of Grower Relations and Chief Financial Officer, retiring in 2000. Ocean Spray grew from $400 million to $1.3 billion in revenues during his tenure. Mr. Henry also served as a Director of Nantucket Nectors, a majority owned subsidiary of Ocean Spray. From 1980 to 1981 he was Chief Financial Officer of Castle Toy Co, Inc. Prior to this, Mr. Henry was employed by Laventhol and Horwath providing auditing, consulting and tax services to large public and private companies. He received a Bachelor of Science in Fund Administration and Master in Taxation degrees from Bryant College in Smithfield, Rhode Island. Mr. Henry is a non‑practicing CPA in the state of Rhode Island.

Michael A. DeGiglio has served as Chief Executive Officer of Village Farms since its inception in 1989. Mike is also founder of the company, one of the first and today the longest operating hydroponic vegetable greenhouse business ever started in the United States. This success is partly contributed to Mike’s foresight in understanding how this nascent business model would largely depend on being vertically integrated and attaining critical mass while consistently striving to drive down costs of production in order to remain durable. And in 1996, armed with this knowledge, he steered Village Farms toward the construction of the largest greenhouse footprint to be built for its time, (40 acres under glass) in Fort Davis, Texas. Prior to enlarging to this first of its kind scale in the world, Village Farms had developed and operated six smaller greenhouses in New York, Pennsylvania and Virginia, all of which pioneered Co-Generation Technology. Village Farms was also the first company to build an urban farm within a city environment by completing an 18 acre greenhouse in downtown Buffalo, NY in 1998. In 2006 after acquiring the largest greenhouse company in Canada, Hot House Growers, Mike remains at the helm of Village Farms operations today. With a current company footprint of 260 acres under glass throughout the United States and Canada the company still employs Controlled Environment Agriculture, (CEA) by utilizing high technology hydroponics in its greenhouse facilities. In addition, the company markets for an additional 200 acres with exclusive farmer partners in Mexico, Canada, and the USA under the Village Farms brand.

A pioneer in the greenhouse industry, prior to Village Farms Mike founded Agro Dynamics, Inc. (“ADI”) in 1984, where he served as Chief Executive Officer for the company. ADI was the first to introduce a number of new greenhouse technologies to the North American market. One of which, the innovative hydroponic growing medium Grodan Rockwool, was revolutionary for its time and today remains a leader among substrates technologies. Upon the acquisition of Agro Dynamics by EcoScience, Mike went on to become CEO of EcoScience in 1992, a NASDEQ agricultural biotechnology company, until the company was acquired privately by Village Farms in 2001.

Today as chief visionary for Village Farms, Mike sees technological innovation as a key component for the solution to growing enough food to meet the ever increasing demands for an expanding world population. Clearly, Mike envisions CEA to be healthier for the environment because it utilizes natural resource conservation through its employment of a vital vertically integrated business model. Alternative renewable energy sources are part of this success story; Village Farms Canada converts methane from a nearby landfill to a sustainable energy source for its greenhouses there. While in Texas, a Village Farms greenhouse gets a significant portion of its electricity from solar and wind power. Village Farms is focused on maximizing the source of production at the means of consumption for a new model in urban farming. With multiple infinitives underway from VF Clean Energy, including utilizing fuel cell technology that will clean landfill CO2 emissions and convert them to multiple energy streams, as well as sustainability measures that are leading the agricultural sector in natural resource conservation.

A modern day applied version of Village Farms urban agriculture model was realized in 2012 with the build out of the company’s proprietary GATES technology in a semi-closed 30 acre greenhouse in the Permian Basin’s extreme climate of west Texas at the cost of 42 million dollars. In this intense environment Village Farms is able to grow in temperatures that can range from a low of -10 degrees to a high of +45 degrees celisius and where year-round harvesting yields vine-ripened fresh local products ready for consumers to purchase from Texas retailers that go from farm to plate in just a short 1 or 2 days.

In Michael’s prior life he served on active duty in the United States Navy as an officer and tactical carrier jet aviator from July 1976 through January 1983, and the Naval Air Reserves from 1983 to 2001, retiring at the rank of Captain with the United States Naval Reserve. Throughout his Naval career, he held various department head positions, completed a tour as Commanding Officer of a jet aviation squadron, performed multiple tours overseas, and has completed numerous senior advanced management courses all while logging over 5,000 hours of jet flight time.

Mr. McLernon is an Honourary Chairman and Co‑Founder of the Colliers Macaulay Nicolls Group Inc. Colliers Macaulay Nicolls is the largest partner of Colliers International Commercial Real Estate Services (“Colliers”) a global organization with over 240 offices in 50 countries. He served as Chairman and Chief Executive Officer of Colliers from 1977 to 2002, and as Chairman until December 2004. Mr. McLernon also serves as a director of numerous corporations, income trusts, and theatre and arts organizations, and is Chairman of A&W Revenue Royalties Income Fund.