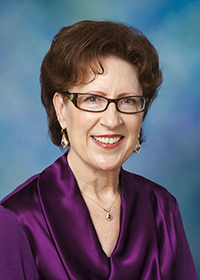 After 31 years working at University of California, Davis, Dr. Roberta Cook remains as passionate about the produce industry as when she was still a graduate student at Michigan State University.

“In my career at UC Davis, I was tasked with looking at all the key supply and demand trends affecting markets for fresh produce in California,” says Cook, who held the position of extension economist in the Department of Agriculture and Resource Economics. She is now on the board of directors at Village Farms and Ocean Mist Farms.

Her research and consultations have allowed her to gain key insights into the trends affecting the product industry – information that should be valuable to both growers and retailers. Cook says consumers became very value-conscious during the recession and haven’t reverted to earlier buying practices, making competitive pricing even more important for retailers, which puts pressure on suppliers.

One of the biggest trends she sees affecting the industry, which will most likely continue for years to come is “channel blurring,” or the advent of more and more types of competing retail outlets for fresh produce, beyond the conventional supermarket of old.