Village Farms International Inc. is helping to feed over 10,000 families in Texas with donations throughout the state to local food banks and food pantries.  Demand for donations has been higher than usual due to the COVID-19 crisis and Village Farms has been stepping up their donations of fresh tomatoes and cucumbers to meet this need.  Village Farms operates three growing operations in the towns of Marfa, and Fort Davis, where they are the largest employer in both Davis and Presidio counties.  Village Farms also operates a state-of-the-art high-tech greenhouse in the Permian Basin region.  And, Village Farms operates one distribution center within the city of Fort Worth, all facilities are within the great state of Texas. 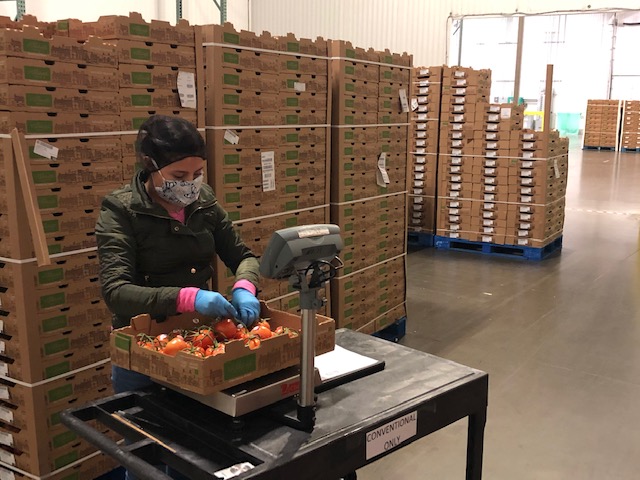 Dr. Caroll Marr, Senior Pastor at South Cliff Baptist Church in Fort Worth, Texas told us “I want to express a great appreciation for Village Farms and the massive impact they have had on the lives of thousands of people weekly here in North Texas”.  Pastor Marr recounted how every day by 4:00 pm there are hundreds of cars lined up across four lanes in the church parking lot.  Pastor Marr went on to say that it has been a learning curve in trying to gear up for the sheer amount of people in need of food but he felt that they had it down to a science now.  Pastor Marr went on to say, “It also gives the young adults who have been volunteering an opportunity to help in a meaningful way and allows the older adults to stay safely at home”.

Nina Dietzel who represents Marfa Food Pantry in an email to the company said that she felt, “Times are about to become much harder for many so this (donation) was truly a much needed ray of sunshine”.

And Kym Flippo who represents the Big Bend Crisis Center in Terlingua also sent an email to Village Farms thanking the company and stated that, “Food is love and I thank you for both”.

According to Village Farms’ President & CEO, Michael A. DeGiglio, “Farming and food distribution has been deemed an essential business by our government during this crisis.  I am proud of all of the Village Farms employees company-wide who are working tirelessly to ensure healthy and safe produce is getting to our retail partners as well as those in need.  And, we are thankful to be able to do a small part during this national crisis”.