by A Couple Cooks

It’s that time of year again, to gather and hold our loved ones dear. This Thanksgiving is even more special for Alex and me since we’ve got a new loved one to introduce to the holiday traditions: Eating breakfast to the sound of the NYC parade. The smell of slicing fresh celery for stuffing. A long table with white linen and the glasses only used for company. Now that our son Larson is part of the family, we’re hoping to mix up some of those traditions and create our own. Instead of a heavy traditional meal, we’re focusing on Thanksgiving recipes that are colorful, creative, delicious, and nourishing. 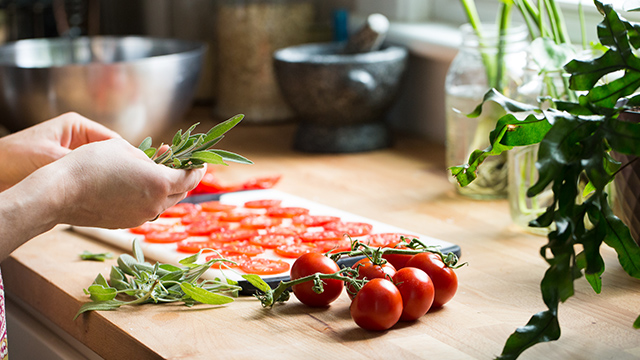 Perhaps you’re wondering about this recipe with fresh tomatoes in mid-November? Tomatoes are long gone by this time in Indiana, and I’ve already started dreaming about flipflops and a fresh summer Caprese salad. Typically, I wouldn’t be caught dead eating a fresh tomato this time of year. However, some new growing practices can extend the season of tomatoes while treading gently on the Earth. Alex and I support local growers as much as possible. At the same time we realize that to feed our world, we need diversity in food growing practices. We need sustainable, green-conscious companies all over the globe. 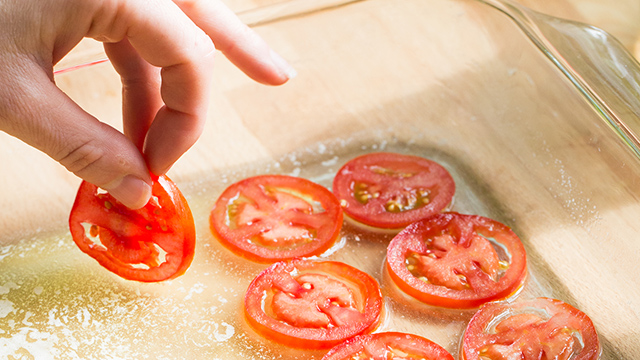 The tomatoes we used here are grown by Village Farms, who uses hydroponics in a greenhouse (growing in water), allowing the season to be extended. To us, Village Farms’ sustainable growing practices make their tomatoes a viable option for opting for fresh tomatoes in November. These growing methods result in ripe, juicy flavorful tomatoes–not the tasteless and mealy variety that is typically available in the fall and winter months. Village Farms’ growing methods use:

This cornbread recipe is a new one we’ve developed especially for Village Farms’ Sinfully Sweet Campari® tomatoes. The campari tomatoes are cocktail-sized, basically a large cherry tomato. Here we’ve used them in an upside down cornbread, where the cornbread is baked with sliced tomatoes on the bottom. It’s then inverted after baking to show a lovely tomato design. For our concept, we’ve added fresh sage leaves as another detail and flavor component. And at the end, we decided to top the cornbread with grated Parmesan cheese and broil it until crispy. (It was Alex’s idea, really: genius!) The colors are stunning, and it’s received rave reviews from all friends we’ve served it to. We hope you enjoy it this Thanksgiving season or anytime–and make sure to look for Village Farms tomatoes at your local grocery, they’re an extra special treat!

Get the Recipe: Crispy Tomato Sage Upside Down Cornbread 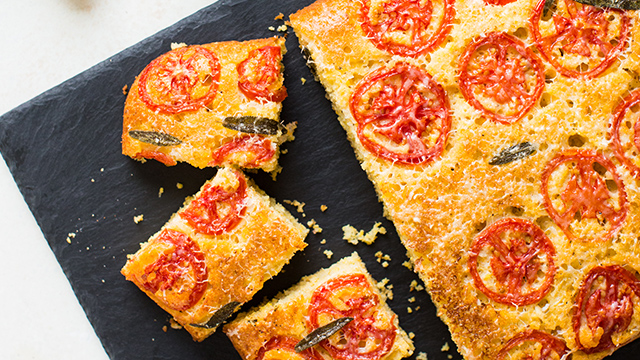 This post and recipe were created exclusively for Village Farms and originally appeared on A Couple Cooks.