by The Toasted Pine Nut

Lately I have been CRAVING pasta salad hard. There’s something about a comforting and hearty bowl of pasta salad with fresh, juicy tomatoes that I’ve been loving. Plus, it’s super easy to whip together which makes pasta salad a double dose of exactly what I need in my life.

Village Farms’ Maverick Mix® tomatoes are so juicy and sweet. My kids were popping them like candy, and I had to hide them from my husband because he was eating them ALL. They’re the kind of tomatoes that you always keep in your house because whether you’re eating them as a snack, dipping them in hummus, or using them in your dishes, they’re always perfectly satisfying. 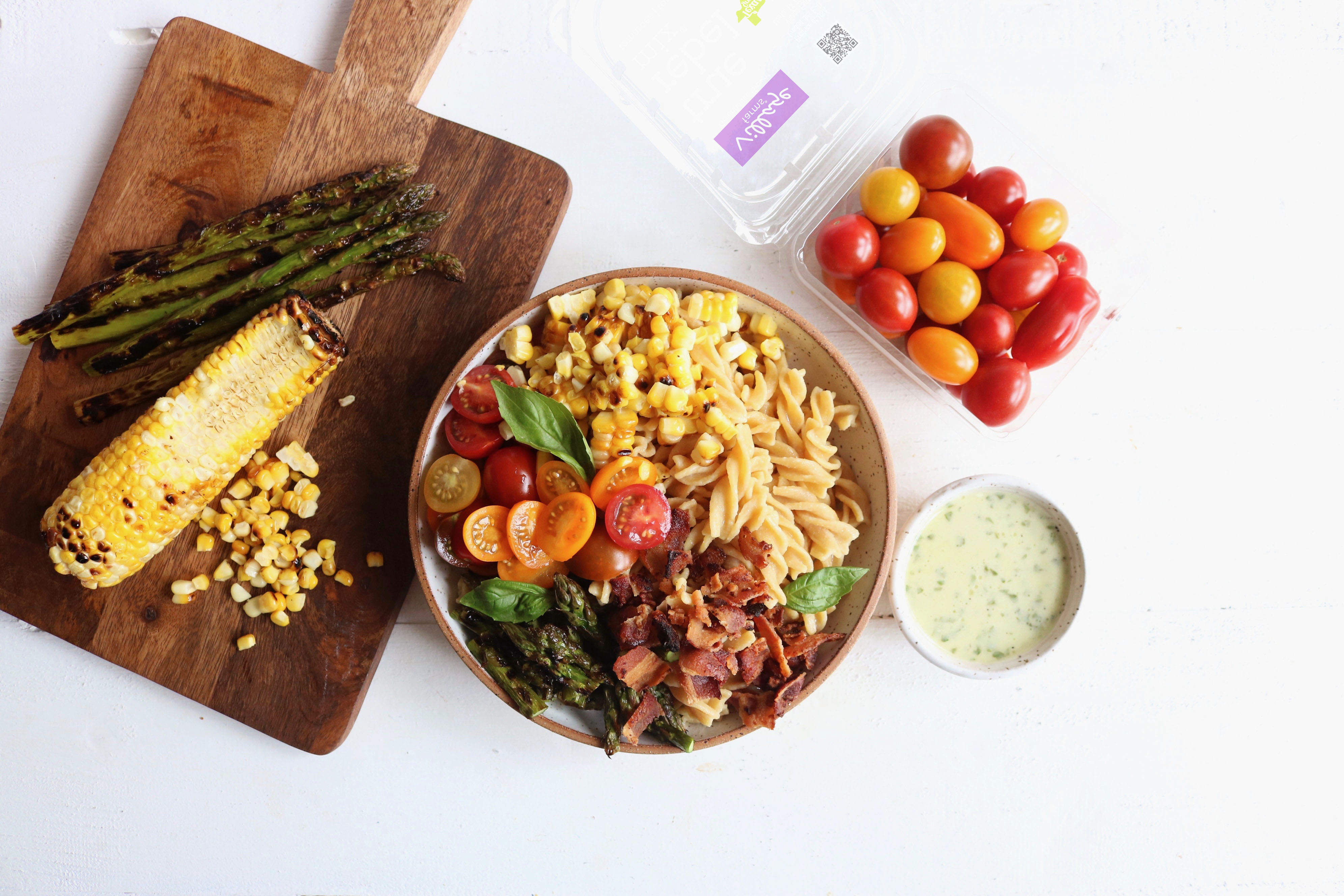 Summer is upon us and if you didn’t already know, pasta salads are kinda a big deal at backyard barbecues. I was thinking…maybe we can create a fresh and fun take on a traditional pasta salad that will be the star of the potluck, win you friends, and have those burgers and dogs be a total afterthought.

My favorite thing to do with pasta salad is customize it with different dressings and add-ins based on what veggies and leftovers I have in my fridge. It ends up being a really simple, easy, and nutrient-dense dish that I can feel really good about.

So we’re incorporating fresh, summer ingredients that are juicy, sweet, and scream summer. Alongside Village Farms’ Maverick Mix® tomatoes we’re also adding some sweet summer corn and a refreshing lemon basil dressing that is out. of. this. world. I’m telling you, this pasta salad is next level, I know you guys are going to love it!!! I used these tomatoes in this homemade salsa for our fish tacos and they added such a perfectly sweet flavor to them, so I was dying to create something else with those tasty tomatoes! 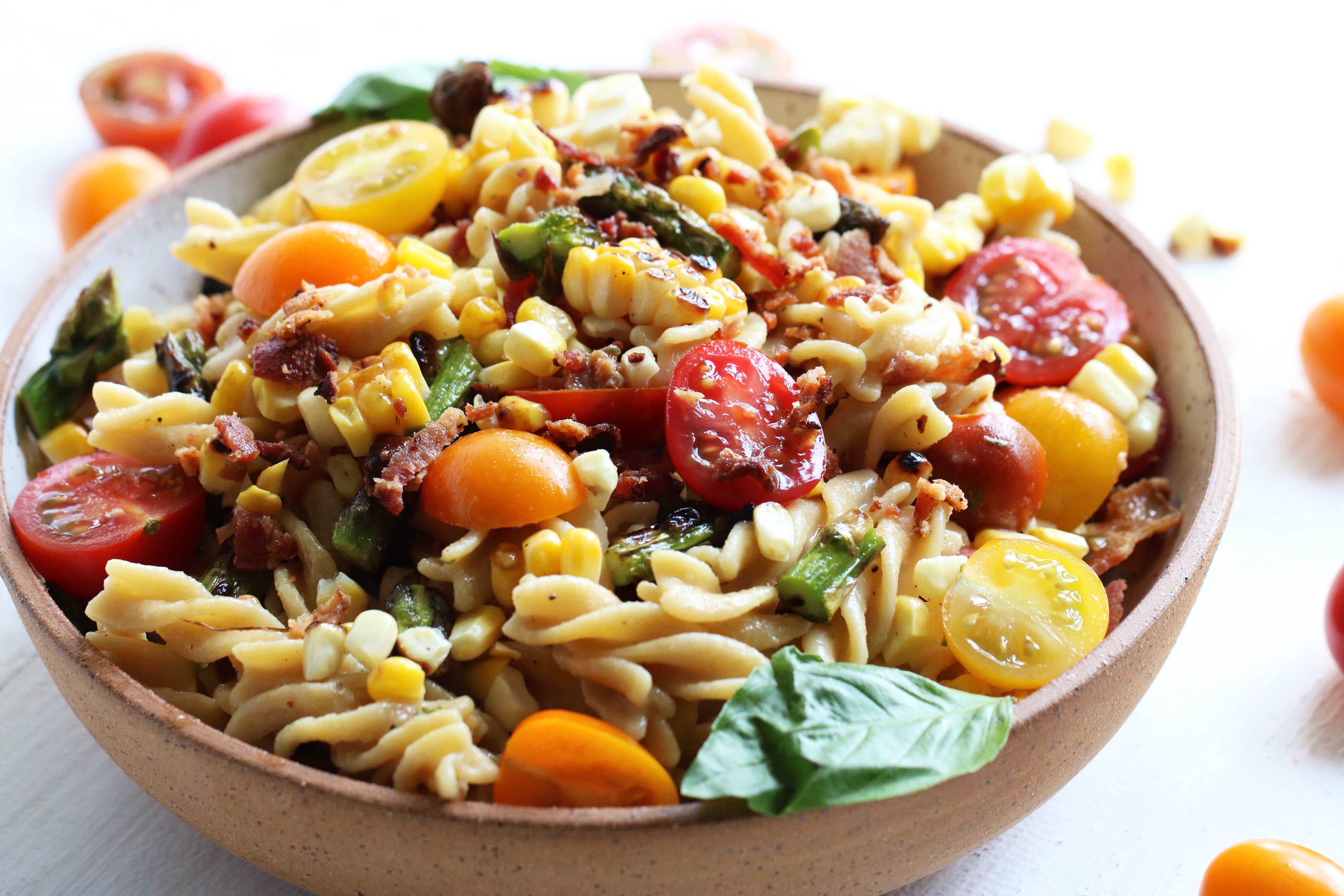 Cook your pasta according to package directions and drain. While the pasta is cooking, saute the bacon on medium heat, flipping every couple minutes. Once the bacon is cooked through, transfer to a plate lined with a paper towel, cool and chop into bite sized pieces.

Drizzle the asparagus and corn with avocado oil. Heat your grill on high, and then turn it down to medium. Grill your veggies, turning them often so they don’t burn. The asparagus cooks pretty quick, so watch to make sure it’s the perfectly crispy brown. Once your corn is brighter yellow and has grill marks, you can pull it off.

Cut the corn off the cob and cut the asparagus into 2 – 3 inch pieces. In a food processor or blender, combine the lemon juice, basil, avocado oil, garlic, and a couple pinches of salt and pepper. Blend until combined, about 15 seconds. 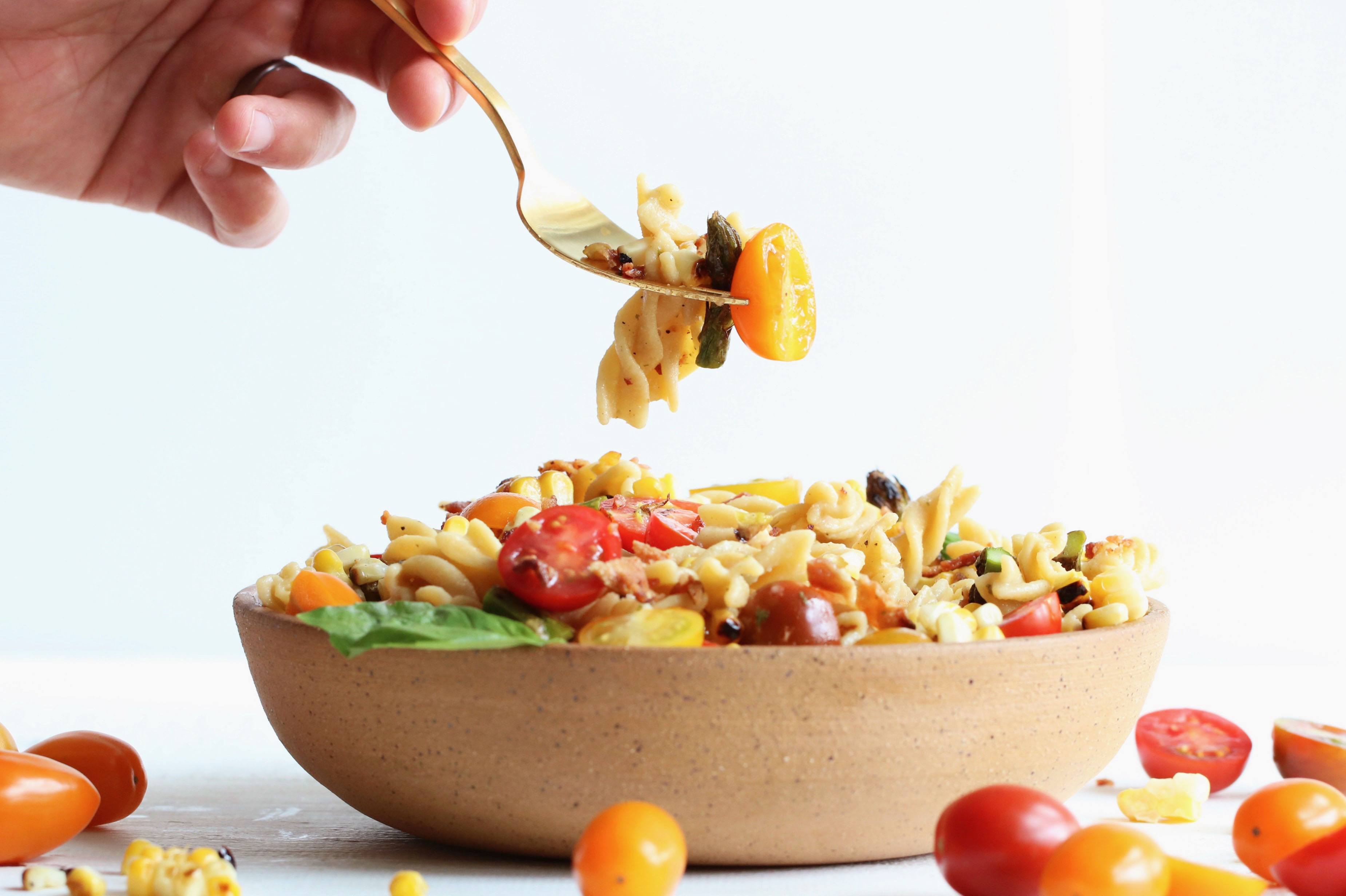 This post and recipe were created exclusively for Village Farms and originally appeared on The Toasted Pine Nut.